You know those stickers that can be found on most fruits and veggies in grocery stores worldwide? If you’ve ever bought produce from a grocery chain, you’ll recognize the ones we’re talking about. I’m sure for some of us who used to or currently work in a grocery store, those stickers are burned into our minds (I am one of those people). They usually have a a bar code on them for scanning and a PLU code, which helps your friendly neighborhood cashier identify what type of produce you’re buying.

But these unassuming stickers are more telling than you’d think. While the PLU is the “price lookup” number and identifies the fruit or veggie, it also helps to identify something else: how the produce was grown. By correctly reading this code, you can tell if the fruit was genetically modified, organically grown or produced with chemical fertilizers, fungicides, or herbicides

The story behind where your fruits and vegetables actually came from has been right under your nose all along! You just have to know how to analyze the labels and the PLU number. It’s actually a lot easier than you’d imagine

Here’s the basics of what you need to know about the truth behind PLU codes. 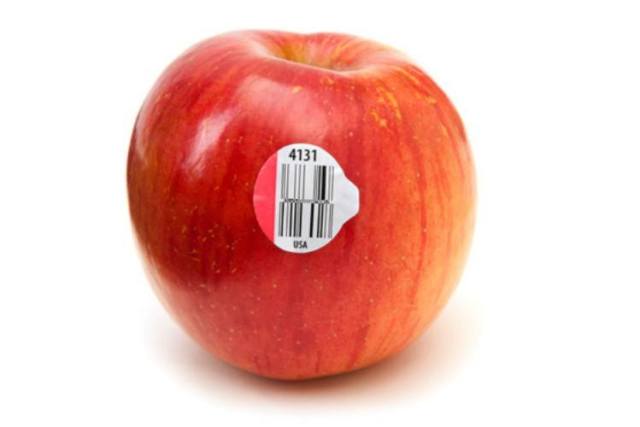 Interestingly enough, the adhesive used to attach the stickers is considered food-grade, but the stickers themselves aren’t safe to consume.

If you’re looking to be hyper aware of what fruits and vegetables have been treated with pesticides and other chemicals and which have not, you’ll want to check out the homepage for the Environmental Working Groups. The EWG has compiled two lists to help consumers identify which produce is generally cleaner and which produce is generally tampered with; the Clean Fifteen and the Dirty Dozen.

The Top 5 for the “Clean Fifteen” produce are:

The Top 5 for the “Dirty Dozen” produce are:

For the full lists, food news, and additional food rankings, make sure to check out the EWG online.

What do you think of this sticker revelation? Will this change how you shop for produce? Share your thoughts on this in the comments section below. For more information, check out this informative video below on the truth behind food labeling.   SOURCE: tiphero